Could you be into trade and wondering where to do business? Why not Africa and Kenya to be precise/ after all this is the fastest growing in Africa and the third fastest in the world. Instead of going to Europe or Asia that is already congested why not head on to a continent that offers greater opportunities. You will have to stop relying on what media houses in America say because Africa is not about war and famine.

Dr. Moses Ikiara, managing director of KenInvest, makes a case for why you should invest in Kenya.

Ho: Why should U.S. investors consider venturing to Kenya in their portfolios?

Ikiara: Quick, name the nation with the fastest-growing economy in Africa and third fastest in the world. The answer is Kenya, where President Obama made a three-day visit in July. It’s his first trip to his father’s birthplace since entering the White House. The trip coincided with Kenya’s hosting of the annual Global Entrepreneurial Summit.

Kenya, which Bloomberg predicts will be the world’s third-fastest growing economy in 2015, is an oasis of opportunity. Kenya’s location on the eastern coast of Sub-Saharan Africa positions it as the commercial gateway to the rest of Sub-Saharan Africa. It’s a destination for investors looking for exposure to East Africa and its 140 million consumers. The free-trade agreement that was signed in June between the East African Communities (EAC), Common Market for Eastern and Southern Africa (COMESA) and the South African Development Community (SADC) offers market access to 600 million consumers.

Let us not forget that technology has a role to play in trade and finance. This makes it important for you to be reminded that not all great innovations begin in Harvard dorms. Young entrepreneurs in Kenya are coming up with great tech innovations.

Speaking to Disrupt Africa, Collymore said Kenyan entrepreneurs are living up to the “hype” which surrounds them, and create useful innovations that cater to real market needs.

“There is a lot of hype around innovation in the market in Kenya particularly among young developers.  That does not, however, take away from my perception that most of the useful innovations are coming from young entrepreneurs in Kenya,” Collymore told Disrupt Africa.

“In general they are more agile than larger companies and often have a better understanding of the market needs.”

You can do great trading in stocks after all you will be entering a territory that most are not familiar with due to little awareness. But once more people come in it will be juicy.

“There is great demand and appetite for the derivatives market in Kenya, from both investors and market participants,” said NSE Managing Director Mr Geoffrey Odundo.

Mr Odundo added: “Derivatives will not only offer a wider range of investment channels, but also give individuals, corporates and farmers a view of the future prices of currencies, interest rates, minerals and agricultural products. We believe this market will revolutionise Kenya’s capital markets industry.”

According to Mr Jimnah Mbaru, Chairman of Dyer and Blair, more Kenyans are getting involved in the securities market.

“Until recently, about 70 per cent of stock market turnover was generated by foreign investors, but this has since declined to around 60 per cent,” Mr Mbaru said. 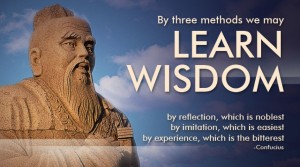 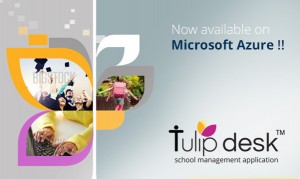